Boston rocker Scotty Dunbar has issued a new single, which is now available for purchase via iTunes and Amazon. The single is one of five newly recorded solo tracks that Dunbar will release individually over the next six months or so. Dunbar states: I chose to go with the cover of 20th  Century Boy as the first single to be released as my solo band and I have covered this song many times live. We also had such a blast recording it. 20th Century Boy features Dunbar on vocals, Izzy Rock on drums, Jason JC Cornwell on bass and Peter Tentindo on guitar. The song was mixed  and mastered by: Kenny Lewis at Mixed Emotions Studio in Middleton, MA. Dunbar is also the lead vocalist of the group D.M.K. This past December D.M.K. released a Christmas single Have Yourself A Merry Little Christmas. Which was mastered by. Mark Slaughter of Slaughter The song peaked at 2 on Amazon’s Top 100 Hot New Releases Chart and also remained on the charts for the entire month of December. D.M.K.are set to begin recording a EP the first week of Febuary. The band will also begin a US tour in the spring of 2015. The tour is scheduled to kick off on April
2nd at the world famous Whisky A Go Go in W.Hollywood, CA and will be serving as the support act that night to: Michael Sweet of Stryper and Mike Tramp of White Lion. 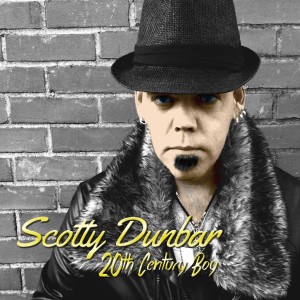