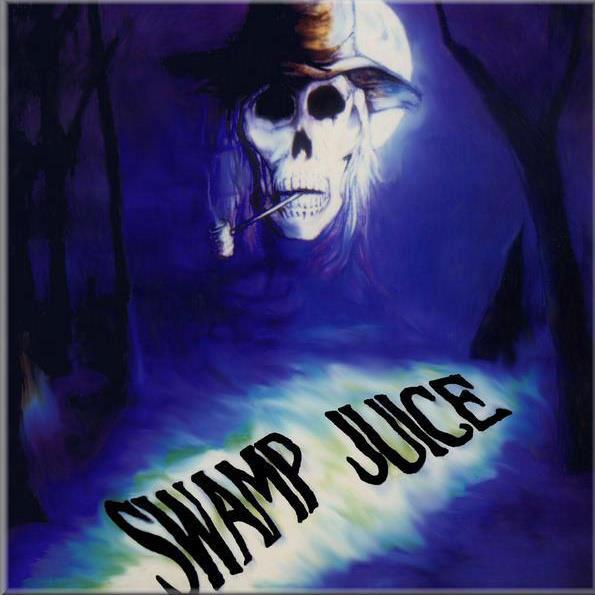 Swamp Juice was formed in 1990 by Mike (guitar),Scotty Hodges(vocals) ,Tad Tadlock(bass) and Gil Peppers(drums). Gil and Tad formerly of Hard Liquer. Scotty Hodges founding member of Smart Ass, Mike lead guitarist of Black Rain.Fran Gilbert of the Love Buzzards. Tad Tadlock(bass) stepped aside and was replaced by Jon Varnum who eventually was replaced by the late great Sparky who was later replaced by John McLean . Swamp Juice later decided they wanted to fatten up the rhythm section so Jeff Hefley(Guys don’t ever leave your band for a girl, she will eventually dump you) was added as a second guitarist who was later replaced by Brian Smith. So here is where the legend begins for many many years we all lived in a Warehouse together in Little Five Points started having parties to promote our band once a month. The first party we got three kegs and used our shitty P.A system which finally grew into renting Thousands of dollars of P.A,lighting and a all time high of 18 kegs and full bar. Oh yeah we were a complete fucked up mess by the end of our reign. We played every venue in Atlanta and some surrounding states and pretty much packed the house for everyone no matter what the size. People loved us and even more just loved to hate us. Got a small independent record deal made a great album that stands the test of time. We went out on top. The only local band booked to play the 96 Olympics(40k peeps at once) and had one last Swamp Party with a few national touring guest, John Hayes(Mothers Finest), Jessie James Dupree(Jackal) Phil Grande(Michael Monroe, Joe Cocker). With huge drug habits and the decision to live or leave. We packed up and left on top. Our Drum Tech,roommate and friend just recently passed away. Nate Nolan leaving his Daughter alone with out a father and no insurance to help her through the years. The original members of Swamp Juice featuring lead singer Fran Gilbert have decided to honor our fallen friend by playing one last show Smiths Olde Bar as a fundraiser benefit for Nate Nolans daughter Grace’s trust fund. Come out Atlanta and enjoy one last Swamp Party!! Well It was a Hell of a night made some money for Grace had a great crowd and OH WELL WERE BACK MISSED IT ALL AND WE WANT SOME MORE!!!! BOOK US OR JUST COME AND SEE US PLAY IT WILL BE THE TIME OF YOUR LIFE!!!!!