Interview With HICKS
By Jim Madonna

Well, I would ask him about his new single, “Hayride.” Ask him about the inspiration behind it, the writing process, the recording, etc.

Then, I would ask him about his recent nomination for the British CMA awards, as Euro Act of the Year, which he won last year. He’s also had some other nominations recently.

Then, I would bring up that he wrote some songs for the late, great, Jimi Jamison..and talk about that whole thing, and his going from writing rock material to country. That should get you started. lol. There’s a lot of stuff on the bio..just pick and choose. He’s an easy intervew.

Then I never would have…
-Been invited to play and represent Sweden at the CMA Fest in Nashville
-Won “Favorite Country Group” at IMN Country Music Awards
-Been nominated for “Best International Artist” and “Video Of The Year” at ICoMA Country Music Awards (2013)
-Had My songs played on thousands of radio stations all around the world
-Done radio and TV interviews in Italy, France, England, Ireland, Australia, USA, Sweden, Norway, Canada, Germany…
-Been nominated for “Song Of The Year” and “Video Of the Year” at Nashville Universe Awards
-Been “Artist Of The Month” on Sky TV in UK
-Play at country festivals in the USA, France, Sweden…
-Got fans from all corners of the world
-Been nominated again at ICoMA Country Music Awards for “Best International Country Artist” “Song Of The Year” (Hayride) and “Video Of The Year” (Unreachable Dream) 2014
-Been invited to play at BCMA in London 2014
-Received 3 Nominations at 2014 International Music and Entertainment Awards
-And… The biggest thing of all…. winning “Best European Country Act Of The Year” at The British CMA in London. (2013)

Good thing I didn’t listen to anybody else but myself! 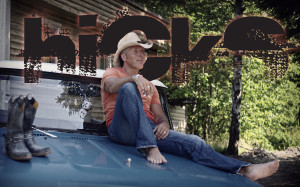 You can download his entire album at https://app.box.com/s/8ogcuo1gtpy1ro3l0ddg Be sure to play “Hayride,” for sure.